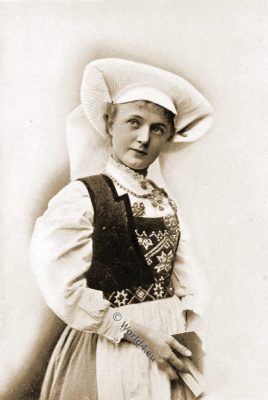 “A sort of bonnet with a white starched fluted apron at the back, which in many undulations rippled down alsmost to their own happy waterfalls”.

A Voyage to Viking-Land by Thomas Sedgwick Steele. Publisher: Estes and Lauriat, Boston 1896.