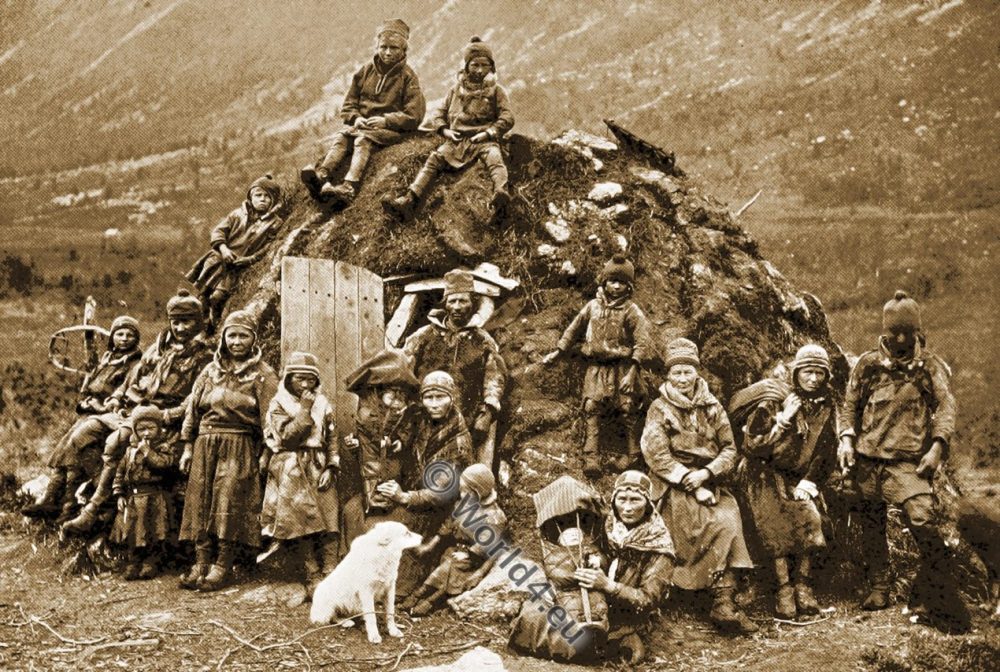 The Sami people (outdated Lapps, traditionally known in English as Lapps or Laplanders) are an indigenous Finno-Ugric people in the the Arctic area of Fennoscandinavia. Its settlement area extends from the Swedish town of Idre in the province of Dalarnas län to the south over the northern parts of Sweden, Norway, Finland and the north-east to the coasts of the White Sea and the Barents Sea in Russia.

The traditional clothing of Sami consists of leather shoes with a raised top, colorful shoelaces, leather pants, the Kolt (Gákti) – a frock like Peplum -, a jewelry chest or neck scarf and a cap. Especially in the style of the colt and the cap one recognizes the belonging to a certain area. The oldest Koltfund is around 6,000 years old. Until the early modern age, all clothing was made of leather. Today the dress is worn almost exclusively at festivities and has disappeared from everyday life almost everywhere.