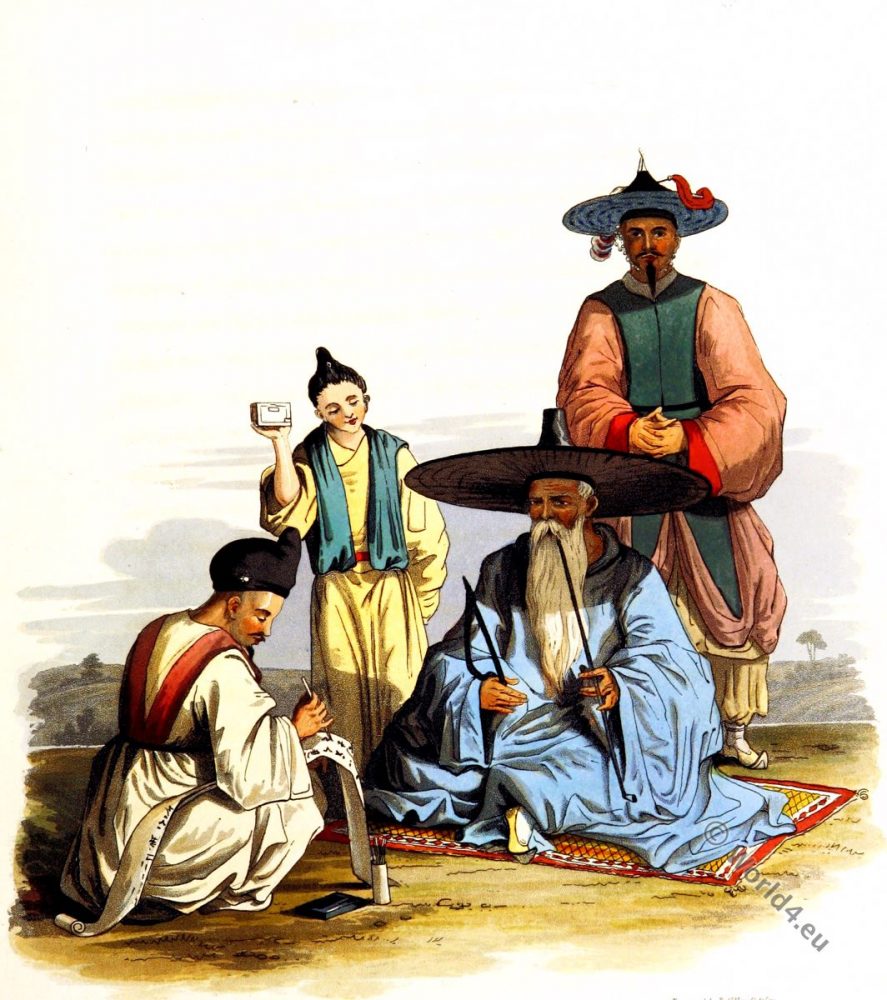 Korean Chief and his Secretary

Korean Chief and his Secretary.

Source: Account of a Voyage of Discovery to the West Coast of Korea, and the Great Loo-Choo Island. With an Appendix, Containing Charts, and Various Hydrographical and Scientific Notices and a Vocabulary of the Loo-Choo Language. By Basil Hall (1788–1844). Drawings by William Havell (1782-1857). Printed by John Murray, Albemarle Street, London 1818.