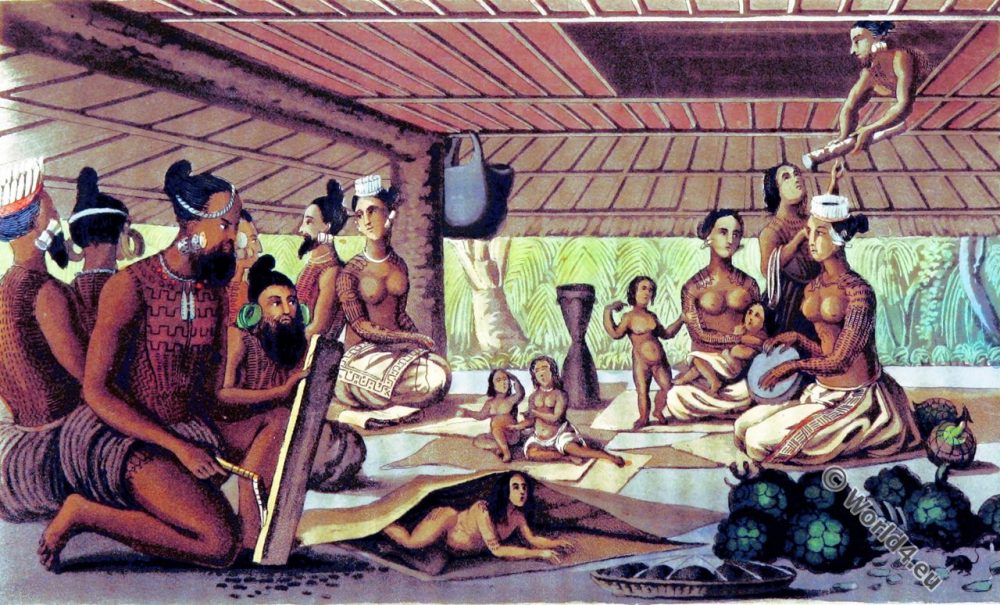 Inside of a house in the Radack Islands.

Inside of a house in the Radack Islands.

The Ratak Chain is an island chain in the East of the territory of the Marshall Islands. Dating from the Micronesian language word Ratak means “Sunrise” (Eastern). Many of the atolls forming islets are uninhabited.

The first European Spanish explorer Alonso de Salazar reached in 1526 the islands, in 1529 it reached the Spanish navigator Alvaro de Saavedra. However, the Spaniards made no further claims to the islands claimed so they went unnoticed for two centuries by Europeans until the English captain John Marshall visited 1788. After him the islands were named later. At the beginning of the 19th century they were first mapped by the Baltic German explorer Otto von Kotzebue, officer of the Russian navy.

Source: A Voyage of Discovery, into the South Sea and Beering’s Straits, for the purpose of exploring a North-East Passage undertaken in the years 1815-1818. At the expense of his Highness the chancellor of the Empire, Count Romanzoff, in the ship Rurick under the command of the Lieutenant in the Russian Imperial Navy, Otto von Kotzebue. Printed for Longman, Hurst, Rees, Orme, and Brown Paternoster-Row. London 1821.