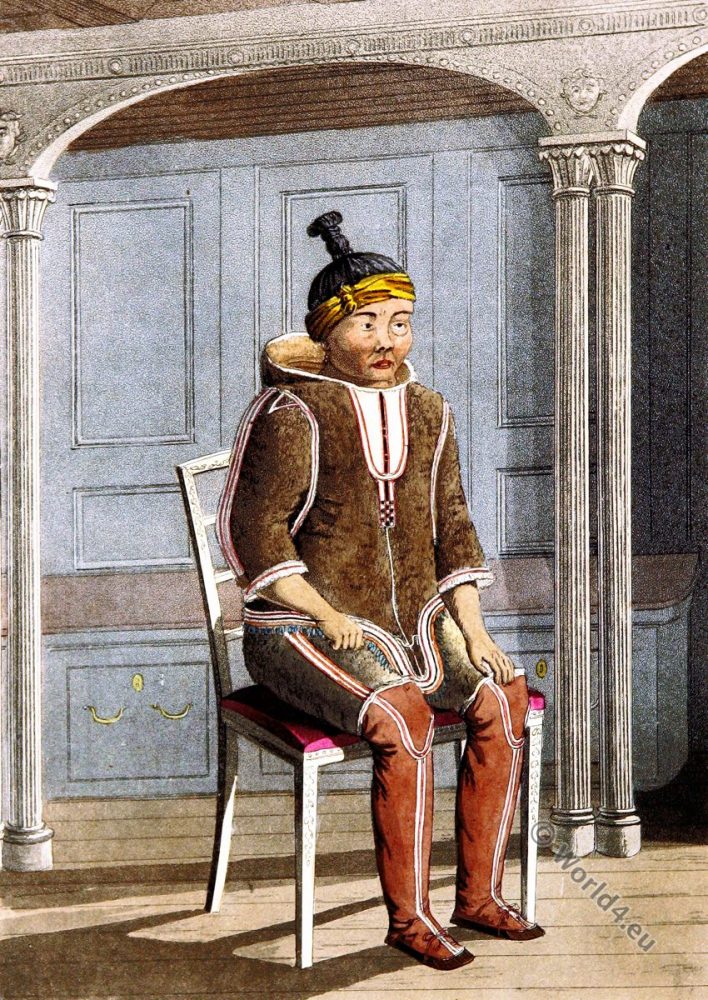 Kallie, a Woman of Greenland.

Source: A Voyage of Discovery, made under the orders of the Admiralty, in his Majesty’s ships Isabella and Alexander for the purpose of exploring Baffin’s Bay, and enquiring into the possibility of a North-West Passage. By Sir John Ross, K. S. Captain Royal Navy. Published: John Murray, Albemarle Street. London 1819.

Sir John Ross (1777-1856), British Rear Admiral and polar explorer.
He discovered the Thule District of Greenland and participated for the first time in the history of Western civilization contact with the Polar Eskimos. Ervick (Herb) was the first Polar Eskimo, which met John Ross and his people.