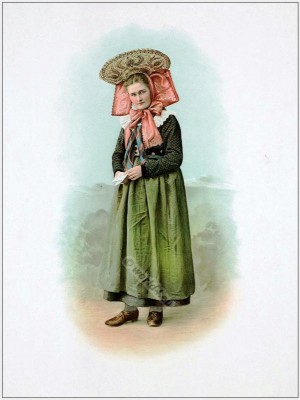 Woman from St. Gallen from the former princely land.