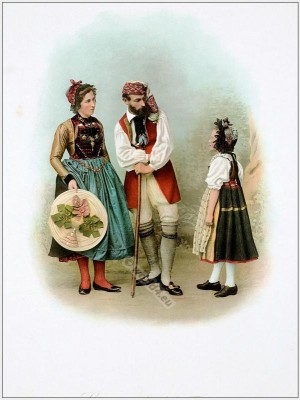 Note:  Woman from Aargau in Freiaemter