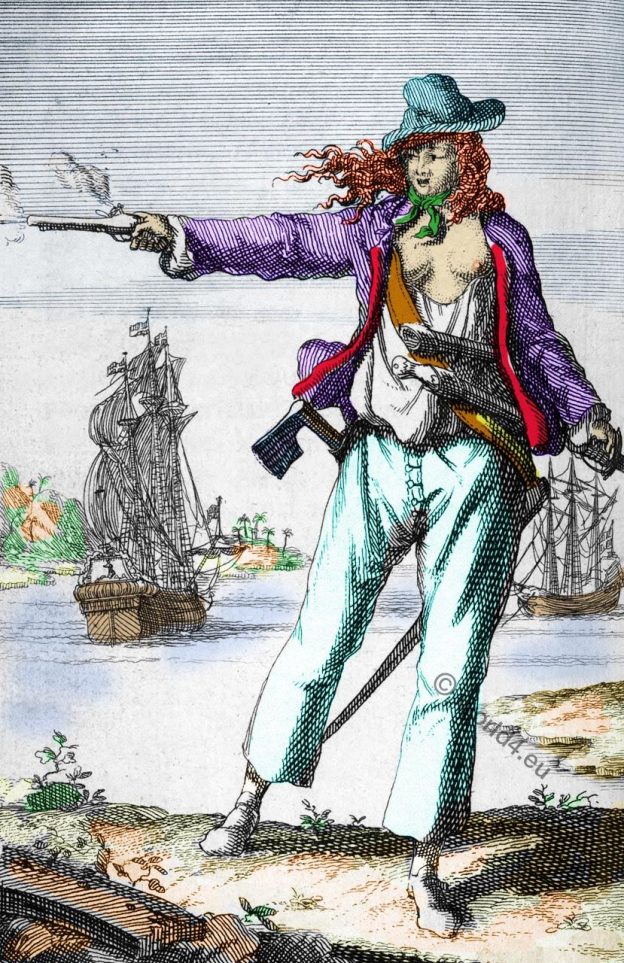 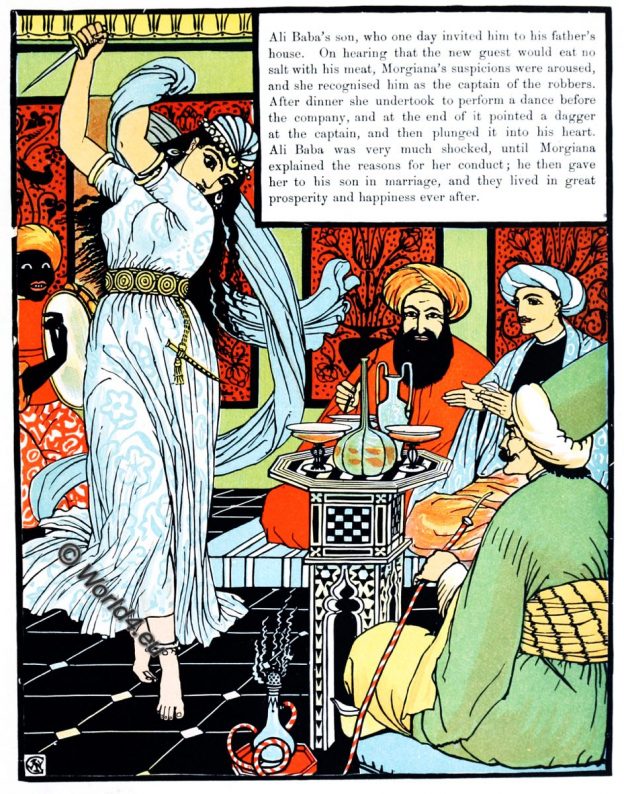 Ali Baba and the forty thieves by Walter Crane. In the Arabic version of Thousand and One Nights this story was not yet contained. 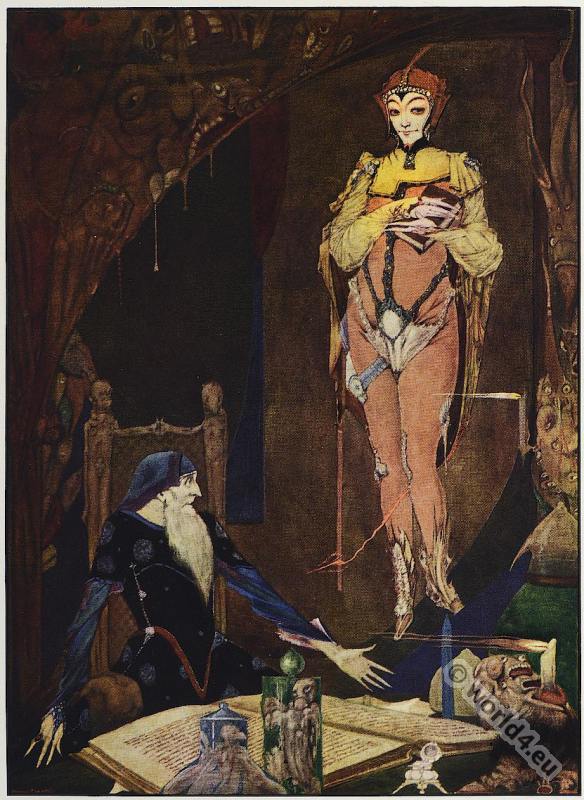 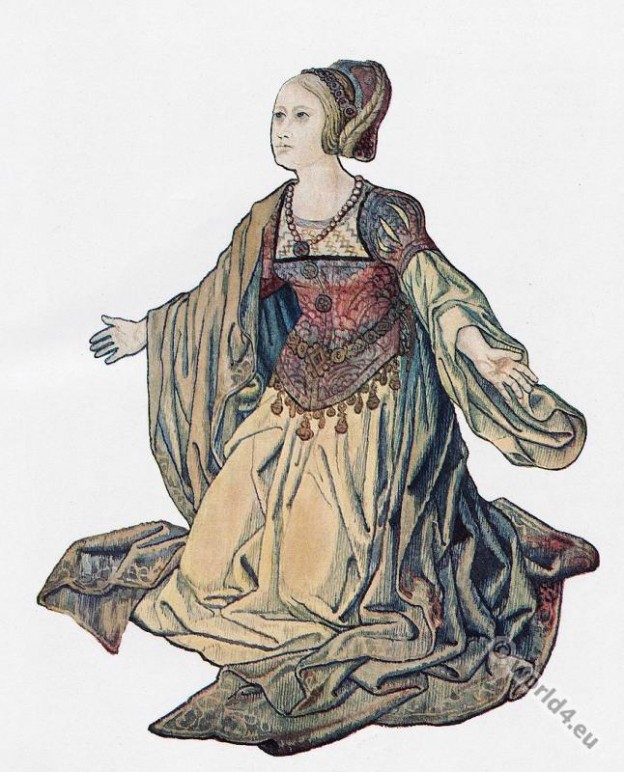 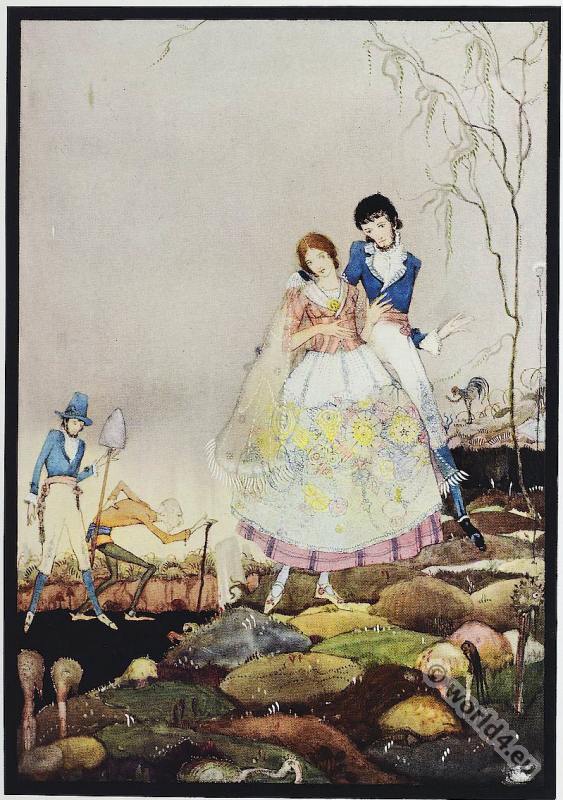 “The Widow and the Grave Digger.” Water color by Norah McGuinnes. 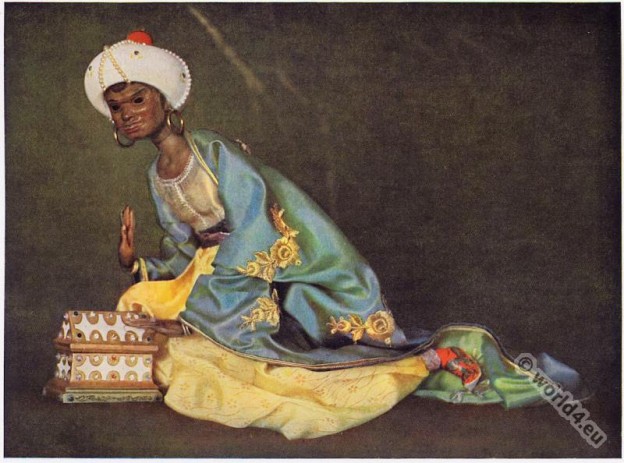 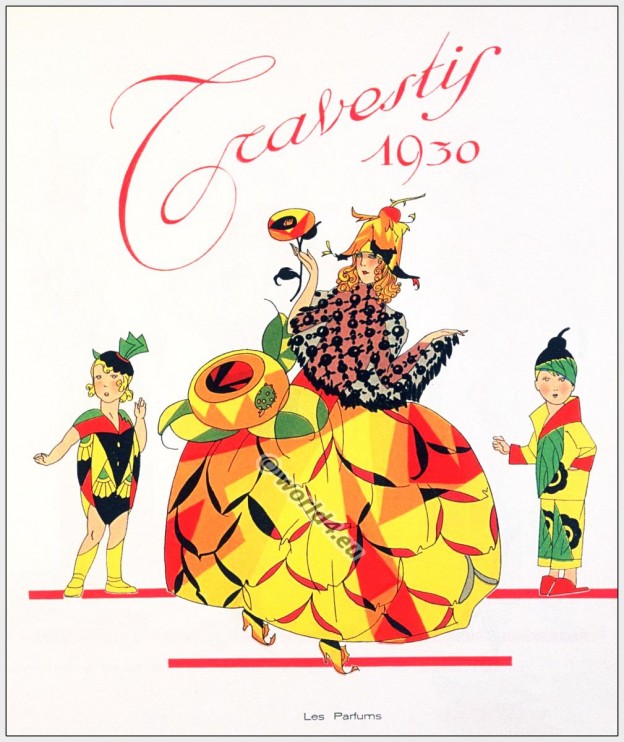