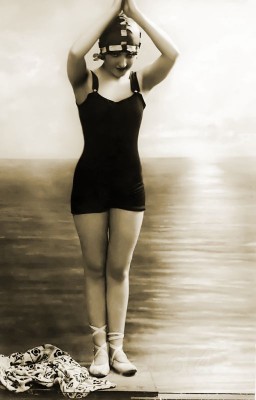 French model in a swimsuit, bathing cap, and ballerinas