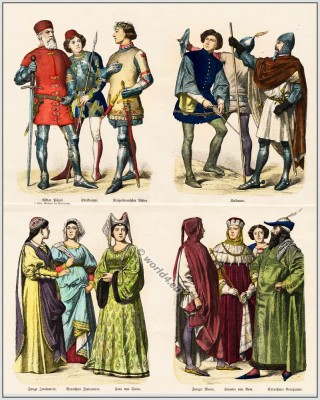 14th century clothing in Italy. Second half of the XIV century.