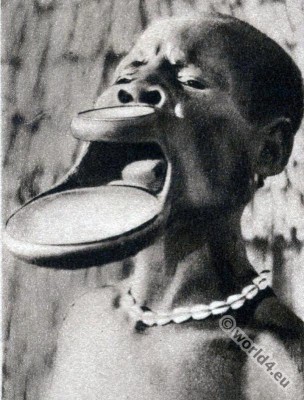 A Sara women from Chad with lip plate.

Note:  Peoples from the African Jarawa tribe tatooing a woman.