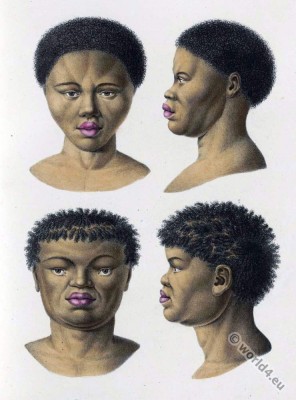 Man and woman from the San people.

Man and woman from the San people in South Africa.

The term “Bushmen” includes both sexes and children. As proper names are knownamong others Ju’hoansi and !Kung. The term San is a set of ethnic groups in southern Africa, who originally lived as a pure hunter-gatherers. The word “San” goes back to a designation of the Nama in South Africa and means something like “those who pick up something off the floor.” San and Khoikhoi are often summarized as Khoisan.