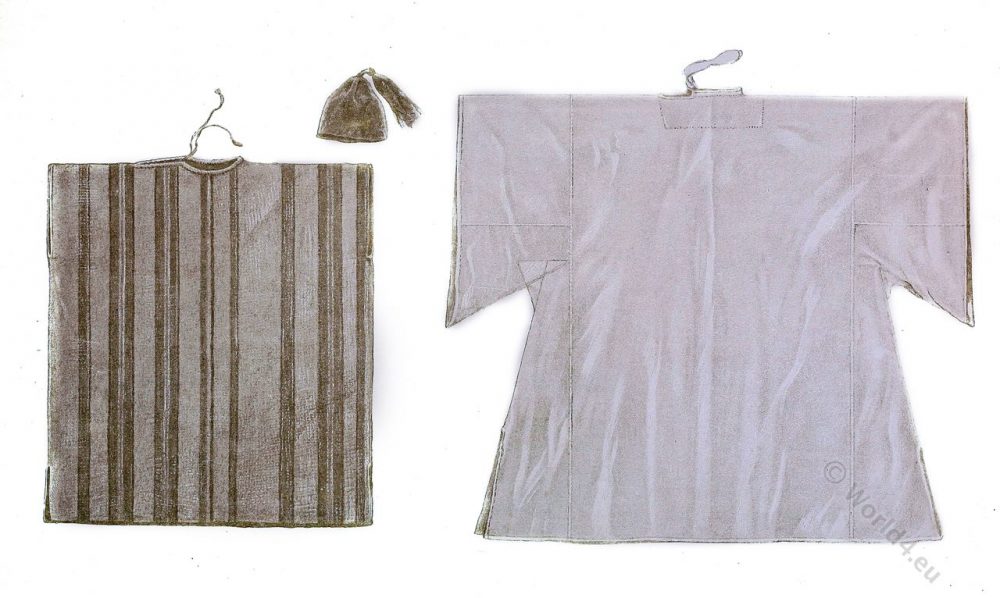 This garment is a shirt-dress with wide sleeves, it is buttoned over the chest. It is often belted, and made of light transparent stuff. Similarly cut garments are often worn by the wealthy in Morocco, are of cloth, and can be buttoned all the way up in the same manner as the vests (sedria). The favorite colors for this cloth garment, also called kaftan, are wine-red, olive-green, light blue, or brown. In Morocco weapons are suspended by particularly woven woollen cords called “medshul”. They are slung over the shoulder. The curved dagger is known as kumia.