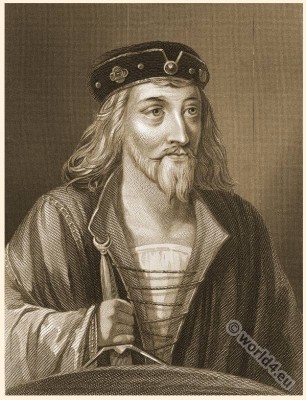 He was born on 19 June 1566 as the son of Mary Stuart, Queen of Scots, and her second husband, Henry Stewart, Duke of Albany, in Edinburgh. James was from 1567 as James VI King of Scotland and since 1603 until his death in addition as James I King of England and King of Ireland.