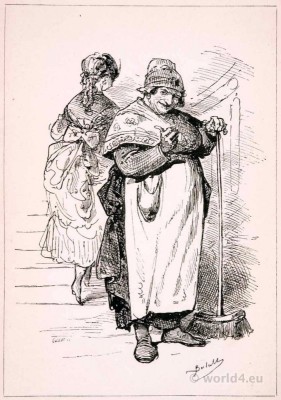 As a concierge, a French caretaker or porter of a residential building is called. Originally, the keeper or porter of a castle was so named. The French writer Eugène Sue gave her in his novel “Les mystères de Paris” a literary monument. In it, he describes a Parisian concierge named Madame Piplet which is mostly gossiping encountered in the stairwell. From this, the result today is a talkative person is referred to as a pipette.