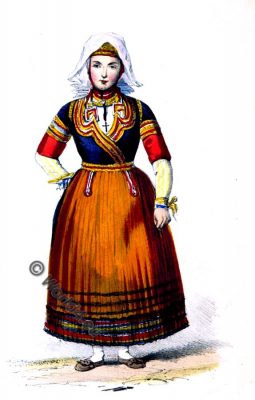 Peasant bride from Brittany in 1840

Source: A Summer in Brittany by Thomas Adolphus Trollope. London 1840.