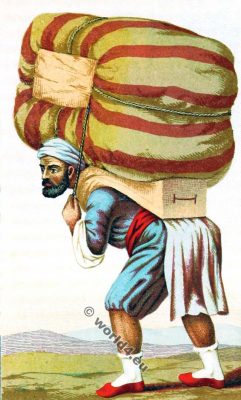 A Porter from Istanbul.

The porters of Istanbul at the time of the Ottoman Empire were mostly Armenian men.

Source: Oriental and Sacred Scences, from notes of travel in Greece, Turkey and Palestine by Howe Fisher. Published 1854.