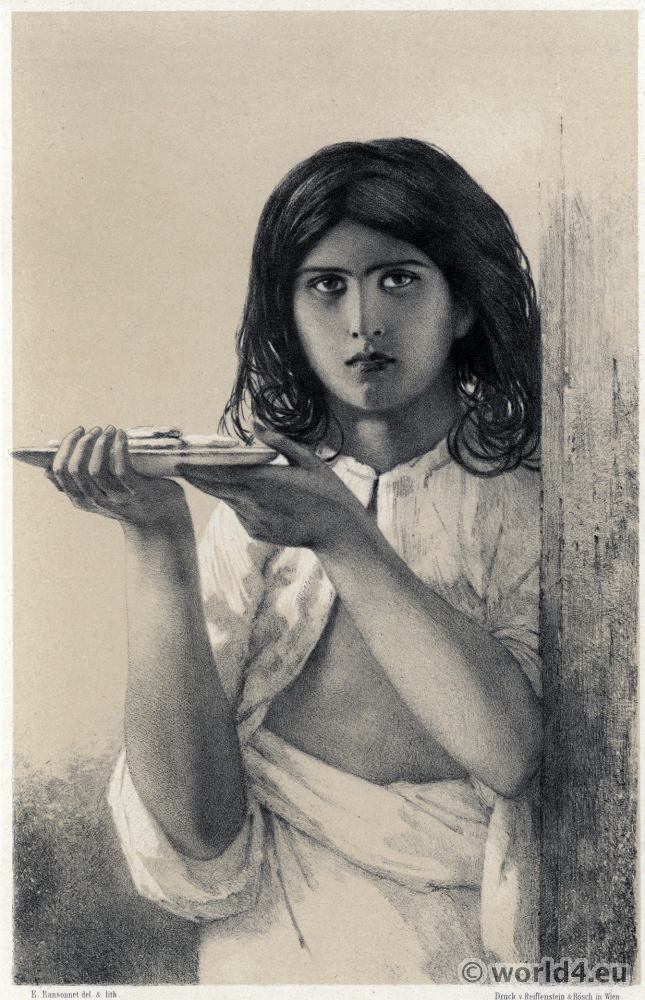 Europeans generally do not sufficiently appreciate the beauty of their darker brothers in the East, though it cannot be denied, that many among them have very regular and interesting features and, if not, at all events more perfect figures than we can boast of. The Singhalese especially must be called a fine people and their features distinctly show their descent from the Caucasian race.

The plate exhibits the portrait of Siniapu, a boy about 14 years old, from Matura on the southern coast, where the Singhalese race is said to be purest. It is very difficult for strangers to distinguish boys from girls, during their first stay at Ceylon, so striking Is the similarity of their features and costumes. The expression of the eyes soft and timid like that of a gazelle, the delicate face and long silky hair, give them a feminine rather than a masculine appearance.