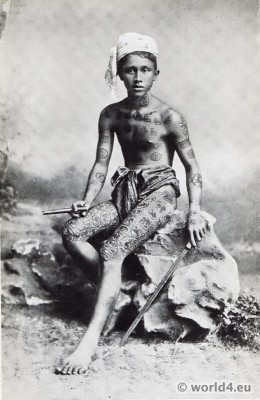 Boy from Burma with tattoo 1900

Example of the art of tattoing as practiced in the East Indies.