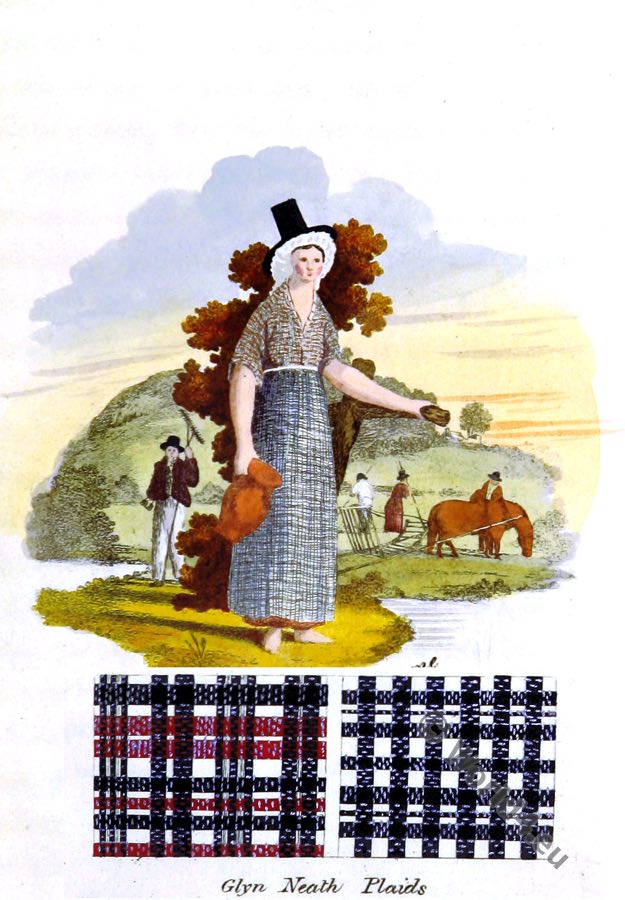 Country costumes and Welsh Plaids at the beginning of the 19th century. 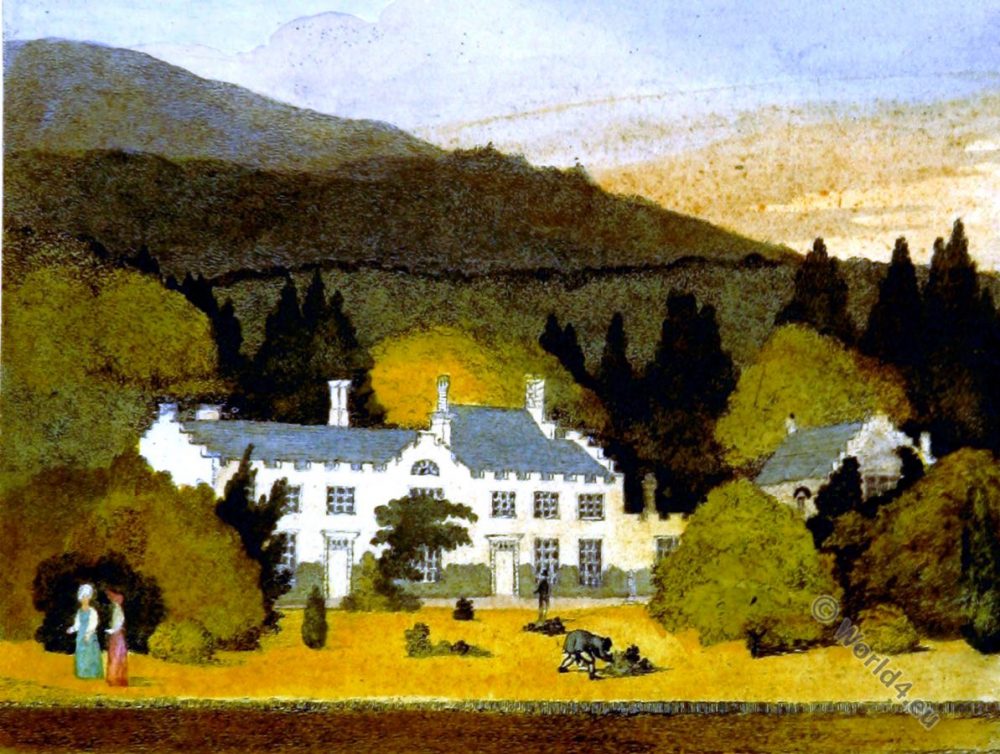 Source: Guide to the beauties of Glyn Neath. By William Young of Glamorganshire. Published London, Bristol 1835.