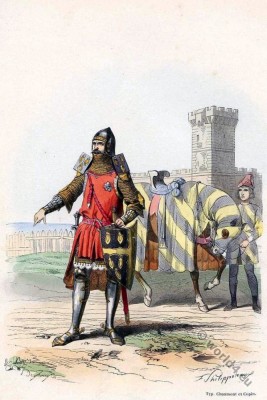 Events in the 14th century.

Demise of the Knights Templar to 1312th.
In 1320, the black powder gun developed in the European weapons technology.
Between England and France begins in 1337 the Hundred Years War, which ends 1453rd.
At mid-century, there are more than 4,000 monasteries in Europe. The Order of the Benedictines are attributed to 450 buildings in 1500, the Franciscans in 1450, the Cistercians and the Premonstratensians 740.
One third of Europe’s population died of the plague. Strongest Wave 1347-1351.