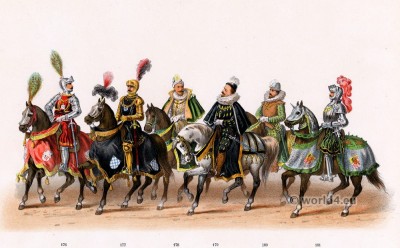 Order of the golden Fleece costumes.