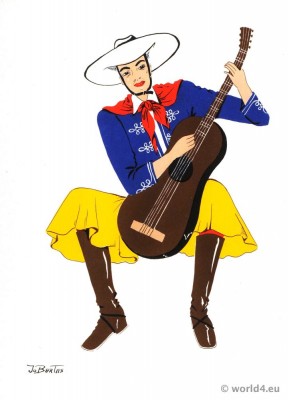 A romantic gaucho playing the guitar.

A romantic gaucho playing the guitar.

The guitar was the favorite musical instrument of the romantic gaucho of former days. From listening to the haunting melodies of Negro slaves, the gaucho finally evolved an entirely new musical idiom, which forms the basis for Argentina`s modern song and dance rhythms.