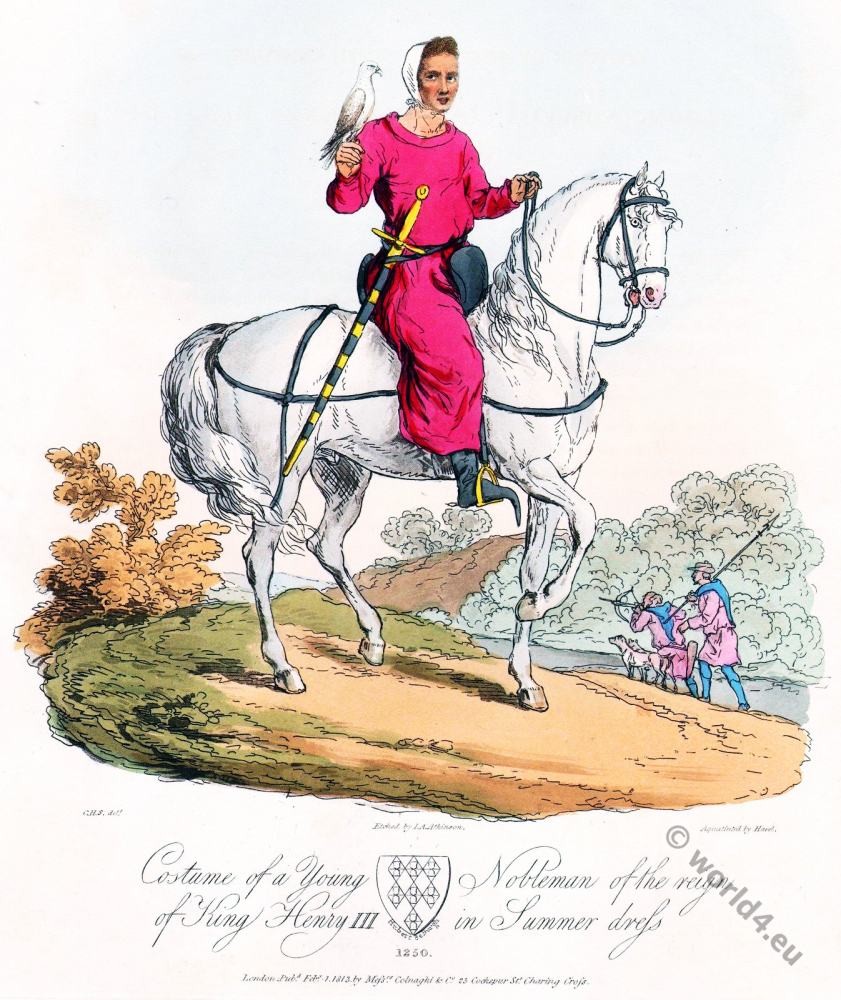 England costume of a young nobleman in the reign of King Henry III in summer dress, 1250.