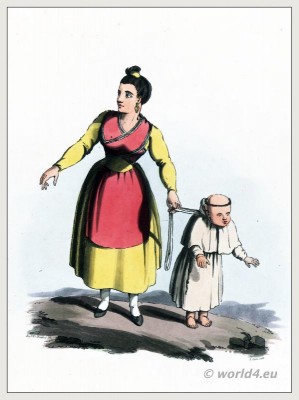 This subject represents a sight, not unfrequent in Salamanca, an infant in leading strings, with a shaven crown, dressed in the habits of a capuchin.
Several children are thus at a very early age invested with the monastic garb, whose parents are led by motives of zeal, or interest, to devote their progeny to the service of the church.