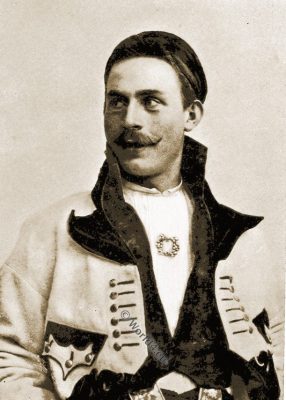 A Mountaineer. Traditional Norway costume in 1896.

A Mountaineer is in an extended sense referred to alpinism and includes activities such as mountain hiking, alpine hiking and trekking, the exploration and cartography of unknown mountain areas, as well as nature conservation and mountain climbing.