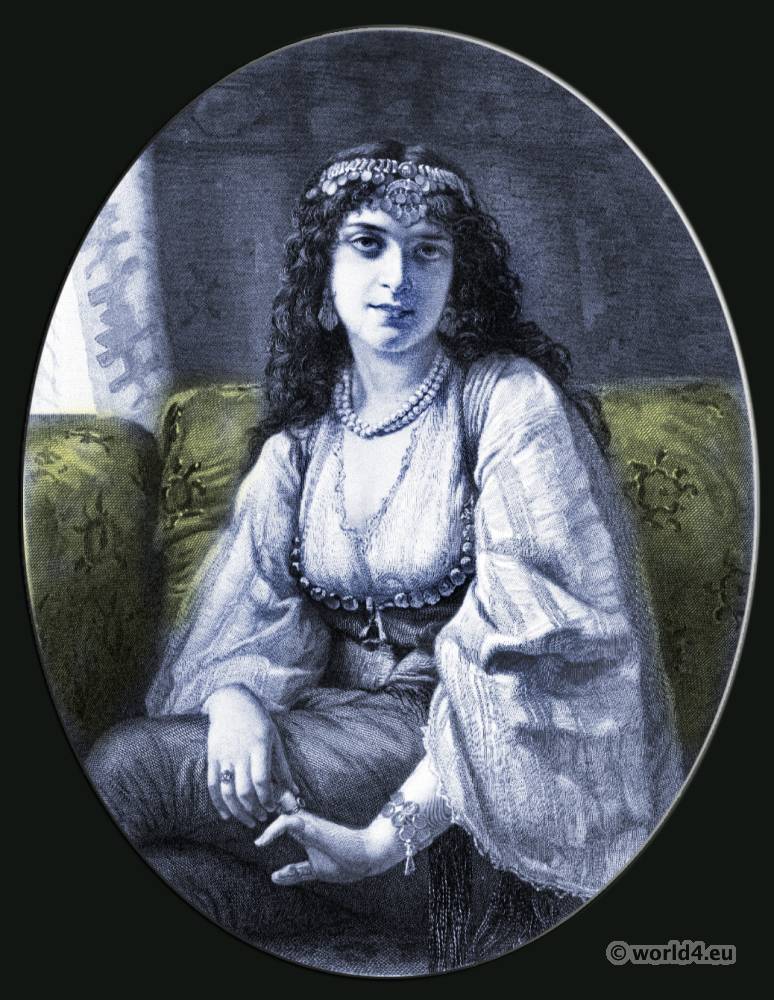 The Syren, after Charles Louis Muller 1878.

The Syren, after Charles Louis Muller 1878.

THE picture here engraved is by Charles Louis Muller (Paris 22 December 1815 – 10 January 1892 Paris. In 1864 he became a member of the Académie des Beaux-Arts of the Institut de France), the famous French painter, commonly known as “Müller of Paris,” by way of distinction from other artists of the name.

He was a pupil of Léon Cogniet and of Antoine-Jean Gros (French painter of Classicism), and has obtained high repute in his native country by several large historical pictures, especially such as ‘ The Martyrdom of St. Bartholomew,’ ‘Diogenes and his Lantern,’ ‘Satan leading Christ up into the Mountain,’ ‘Massacre of the Innocents,’ “The Roll-Call of the Victims of the Days of Terror,’ now in the gallery of the Luxembourg. Among his single figures are ‘Spring,’ ‘Lady Macbeth,’ ‘Haidée,’ and ‘The Syren;’ for this latter picture the painter evidently selected a Spanish, or probably a Hebrew model: the face and hands are not bronzed enough for those of an Eastern female.

The full clark eyes, the raven-black hair flowing in masses over the shoulders, the jewelled head-ornmaments, the pearl necklace, the armlet, and the finger-rings, bespeak the Jewish race nearer than any other.